My period drama-loving self is well sated lately!  Downton Abbey is back on PBS, and the second season of The Hour is finally available from Netflix.  (For those who are unfamiliar with it, The Hour is a BBC drama, set in the 1950s at an evening news program.  I've posted about it previously, here and here.)  I've watched the first three episodes of the second season, and it's pure eye candy.  (It's well written, too--not just pretty to look at.  However, I've seen glimpses of reviews that describe the second season as "ridiculous."  That may be true, but I'm enjoying it so far.)

It might just be my imagination, but the second season seems even prettier to look at than the first season.  Not that the settings are anything special.  So far scenes mostly take place in the BBC's offices and studio, which seem to be half Deco-era posh and half rundown school building.  However, the photography is gorgeous--lots of noir shadow combined with gorgeous color.

So a warning: this post is very pic heavy.  And I've tried not to include anything that would be spoiler-y, for those who haven't seen it. 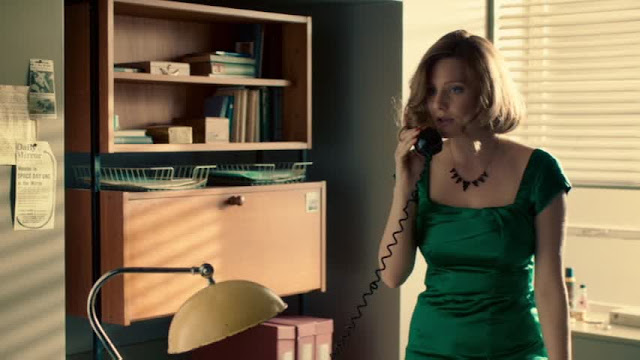 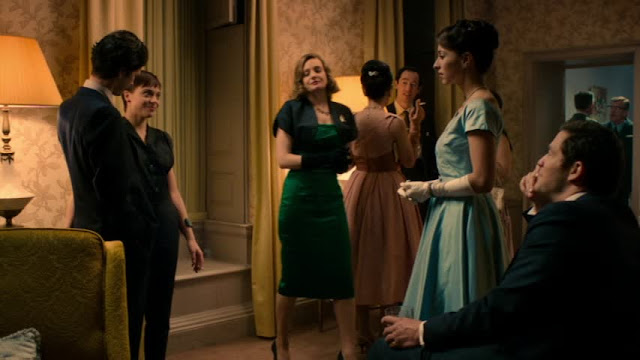 I like it even more with the little bolero jacket. 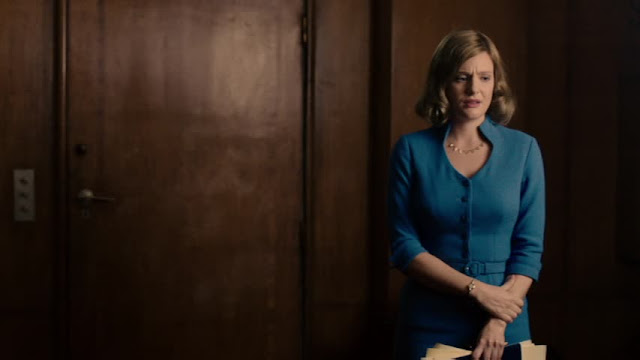 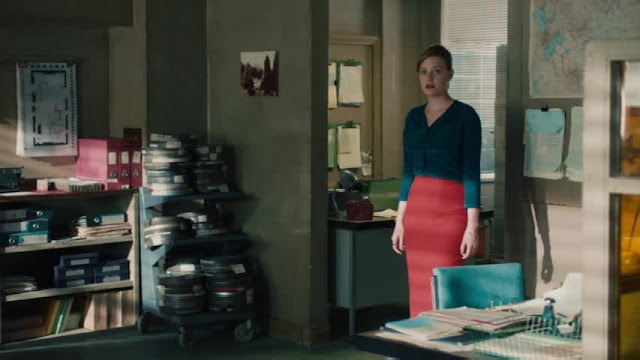 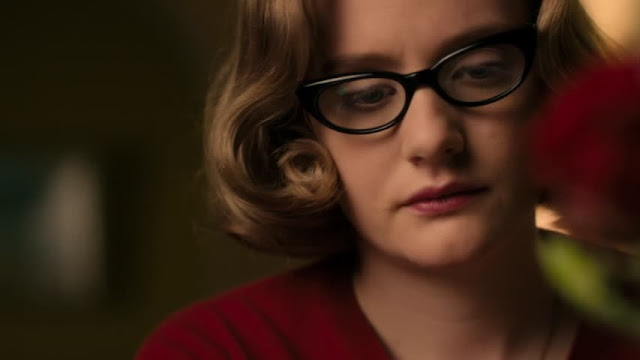 I love these frames! 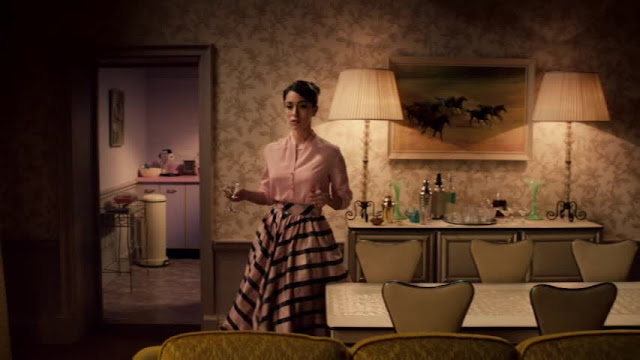 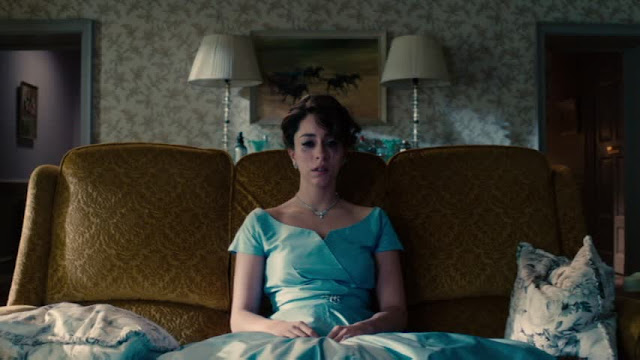 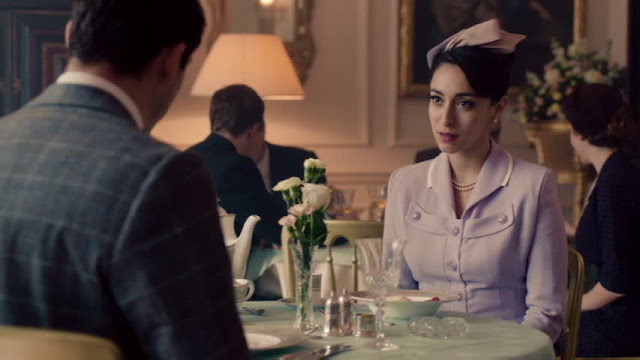 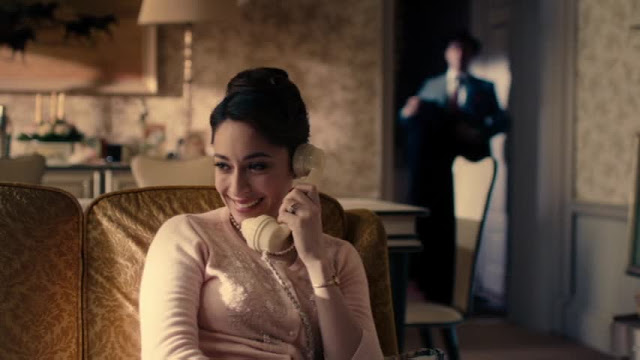 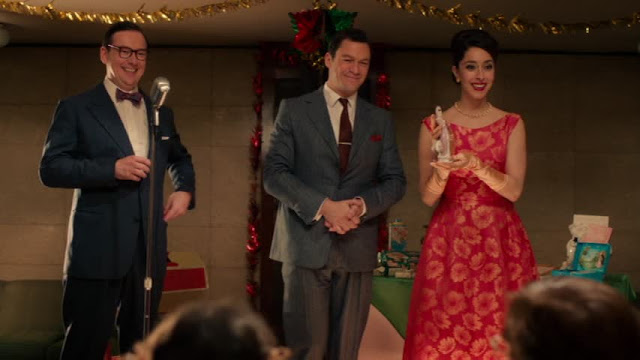 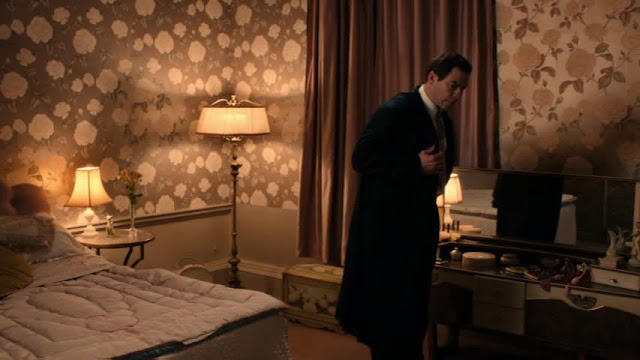 I love the wallpaper in Marnie and Hector's home, especially the bedroom wallpaper. 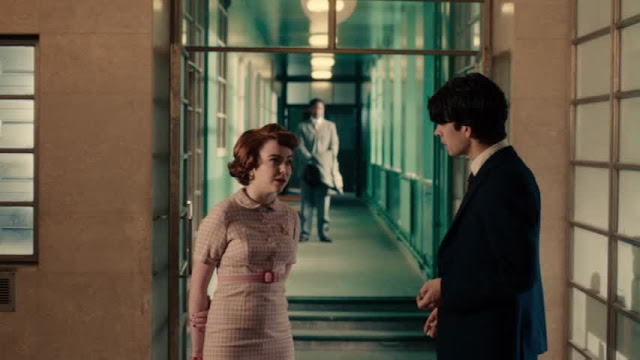 Sissy once again wears some of my favorite outfits.  It's really hard to get a screencap of her, by the way--she's always darting from place to place! 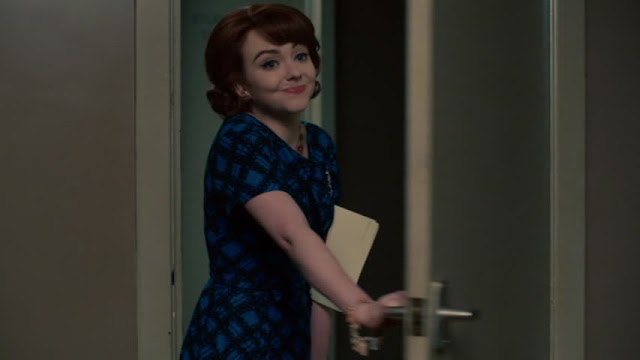 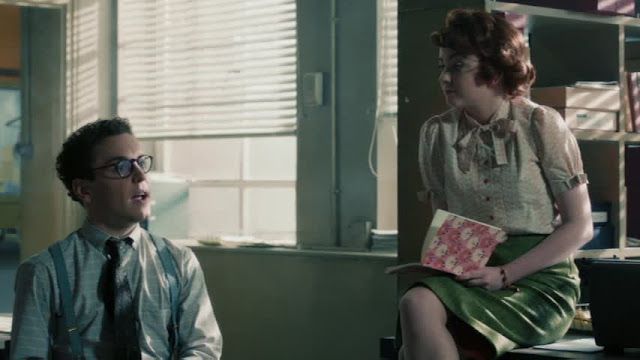 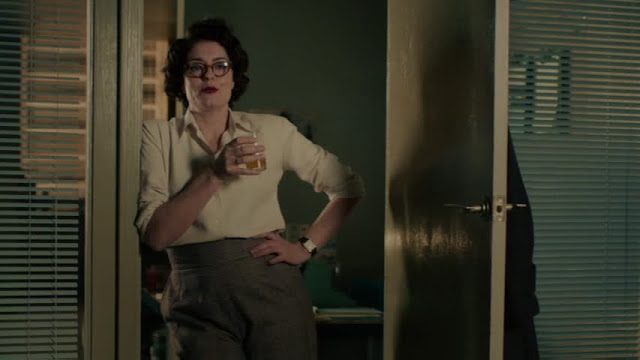 Lix in her uniform of blouse and slacks, with prerequisite glass of Scotch.  I'd say it works for her!  You can see that Katharine Hepburn was one of the wardrobe department's inspirations for Lix. 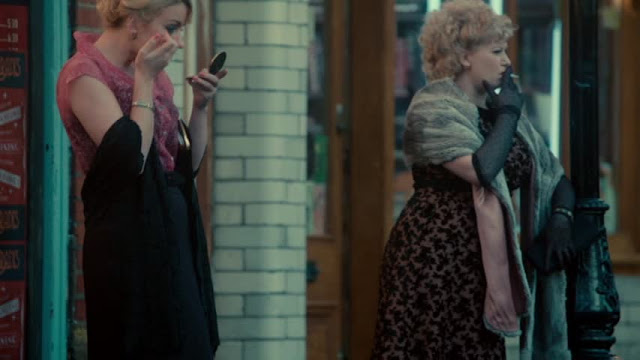 These ladies of the, erm, street, are better dressed than most young women I see in the grocery store nowadays. 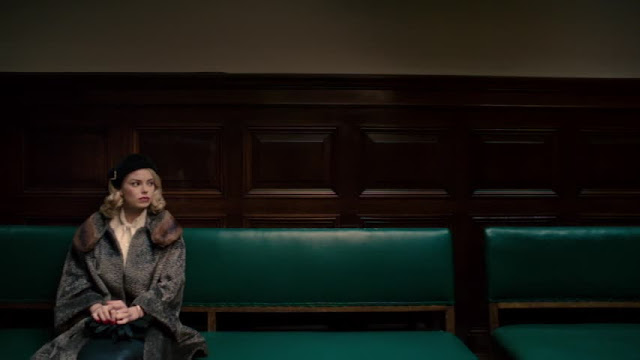 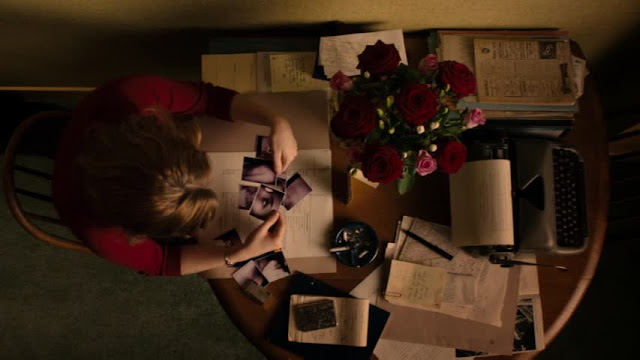 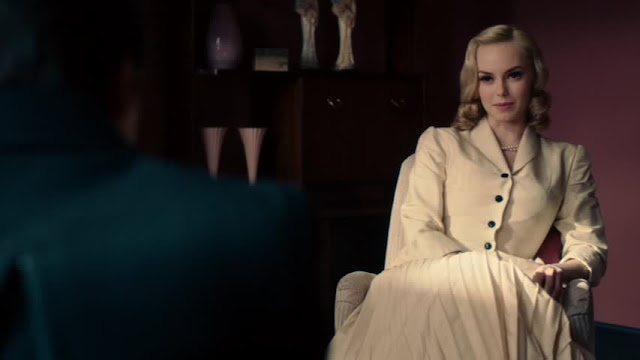 Just a few more examples of the gorgeous photography. 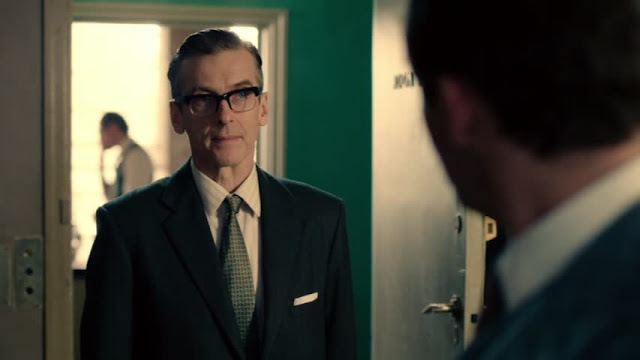 Peter Capaldi has joined the cast.  I love him. 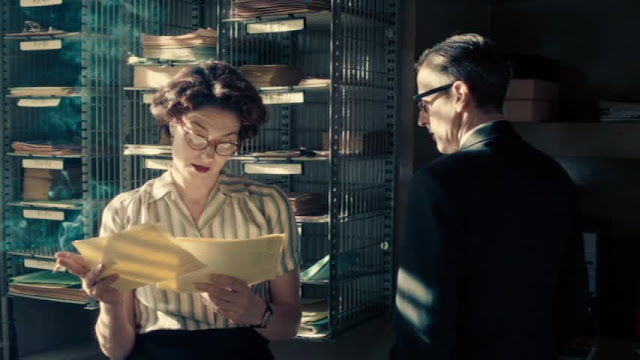 And I love this shot. 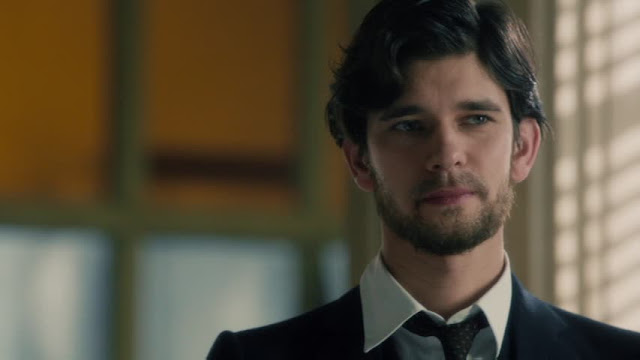 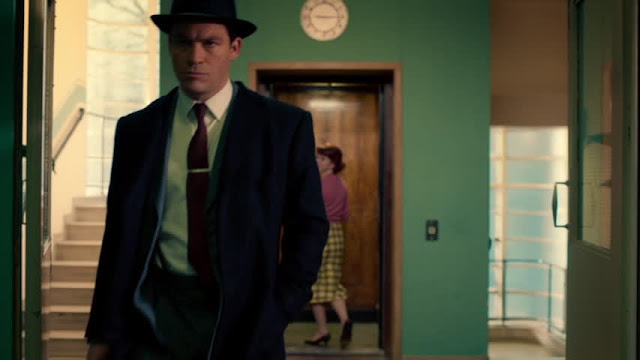 Hector.  I do have a bit of a thing for Dominic West, though he always plays such difficult to love characters.  (Hector is pretty much Jimmy McNulty, only as a British TV anchor in the 1950s.)  I like this hat and suit quite a lot.  And you can just glimpse Sissy in another of her cute outfits, in the elevator behind him!

Posted by Karen/Small Earth Vintage at 10:15 AM