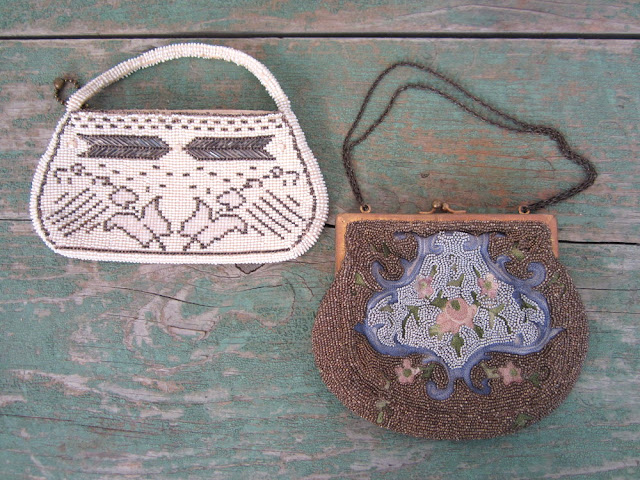 The old camera was dying a slow death, so we upgraded to a new one.  Nothing fancy, but still better than what we had (and about half the price and half the size of the old one).  I am now shooting with a wee Canon PowerShot Elph 100HS.  I haven't dropped it...yet. 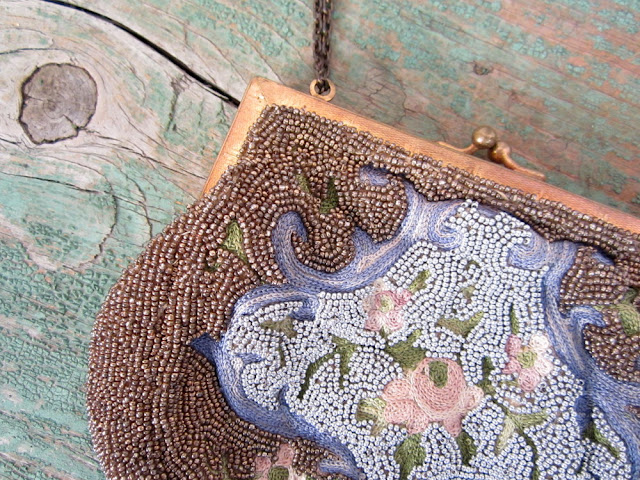 I decided to practice with it on some of my most treasured things--pretty beaded bags and jewelry passed down to me from my grandma. 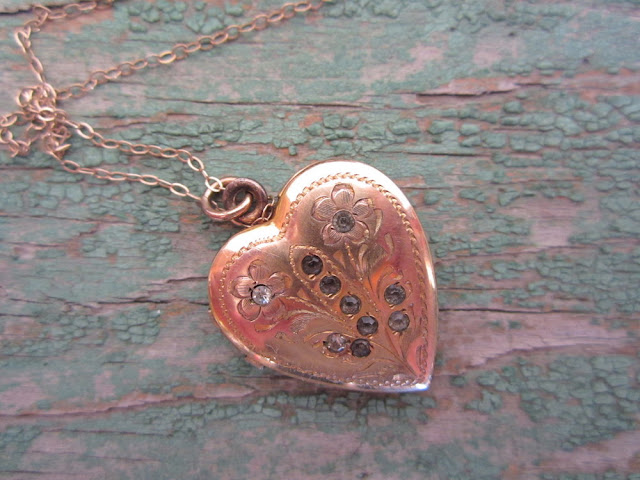 I wore this locket as a child--and still do! 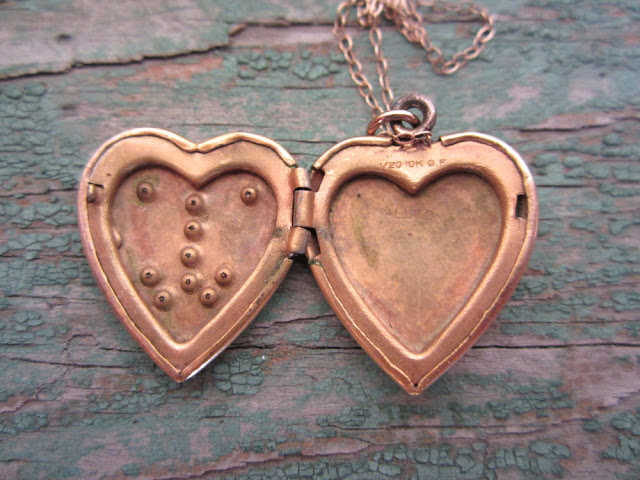 The macro on this definitely works.  I didn't even see the "ALLCO" mark (indicating this was made by A.L. Lindroth) on the inside of the locket until I saw this photo. 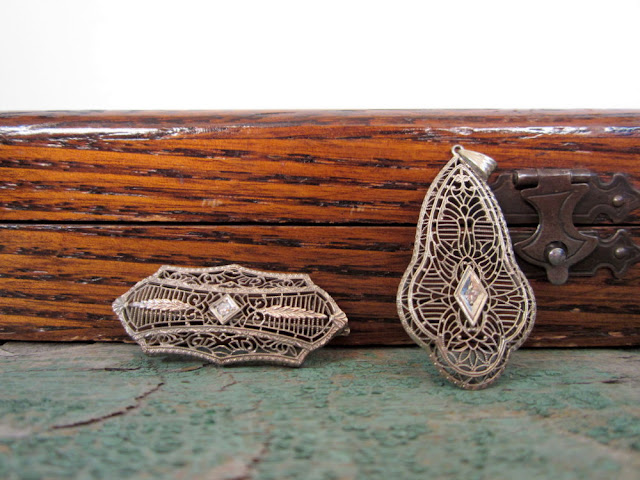 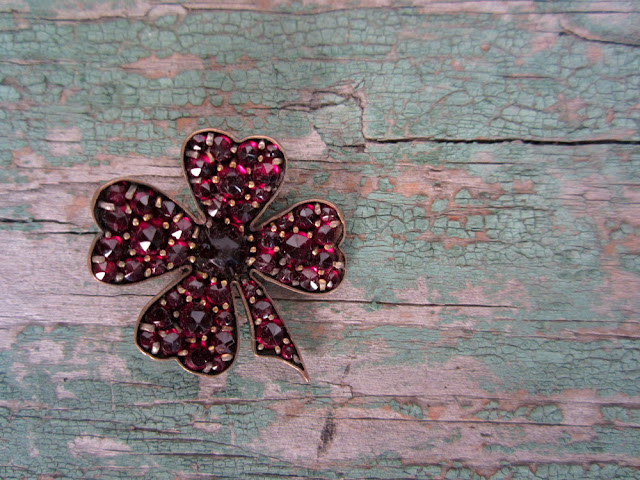 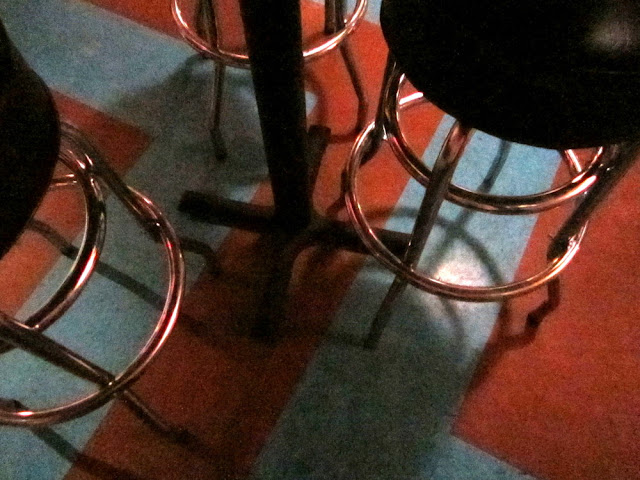 I also took it out with me on our Valentine date this weekend, testing the low light setting (not a setting I'll likely use often).  Andy I played some pinball at The Pyramid Scheme--that's the floor, there. 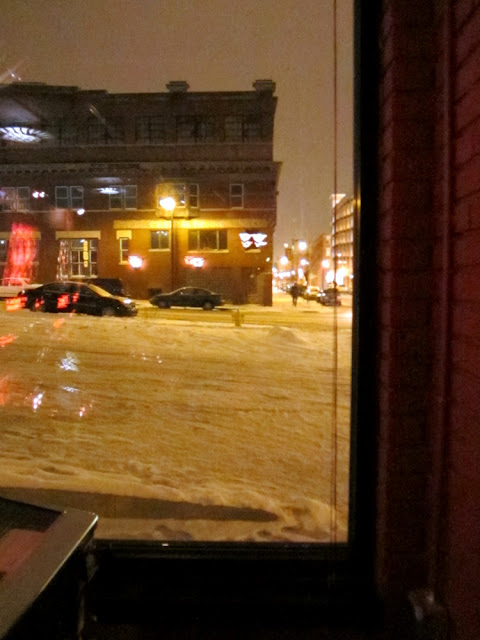 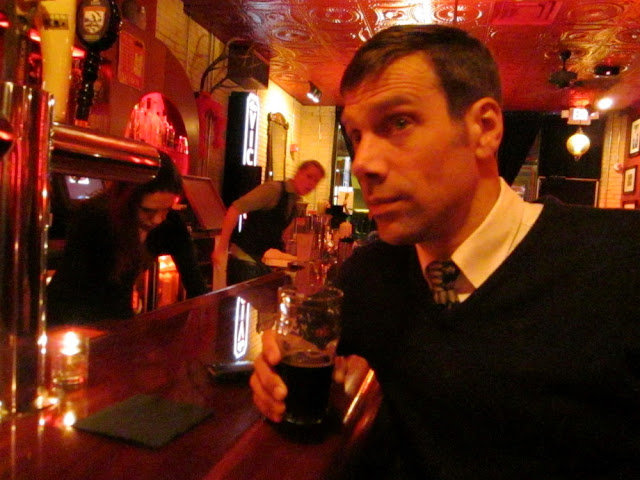 ...and we had cocktails at the Viceroy (you can see Steven, bartender extraordinaire, in the background).  Andy looks so cute and mod in his necktie! 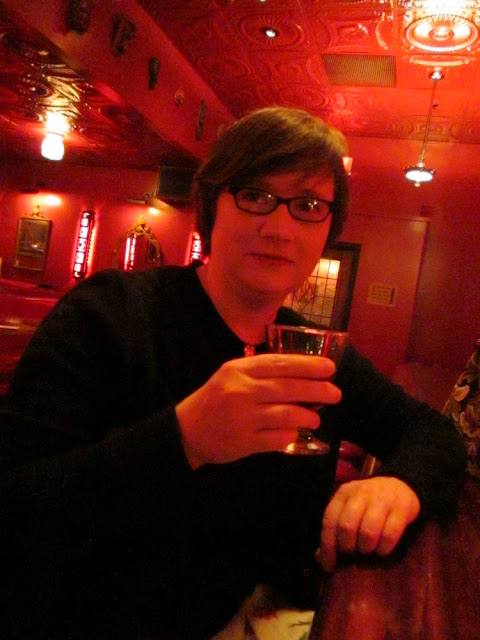 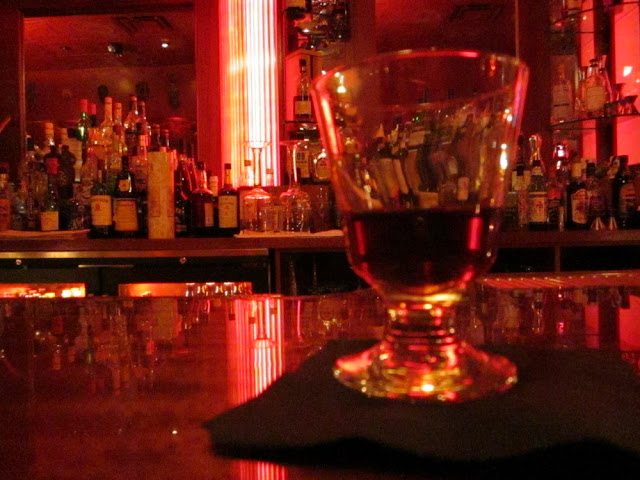