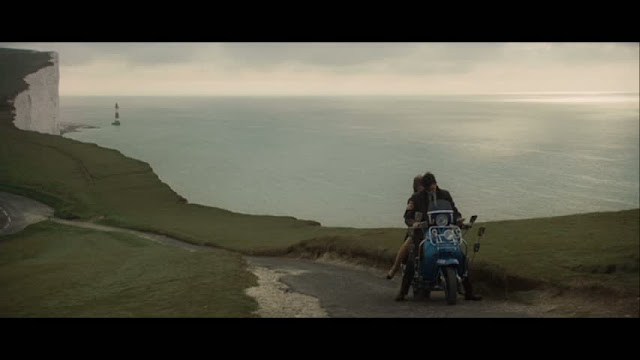 I watched Brighton Rock the other night.  This is the 2010 film adaptation of the Graham Greene novel.  I was excited to see it partly because of the cast--Helen Mirren, John Hurt, and Sam Riley, who was fantastic in Control.  I was also interested because of the setting, which for this film is Brighton in the early 1960s, with the mod and rocker riots as a backdrop.  Well, the movie is okay, not great...but the fashions and setting did not disappoint.  (I apologize--my screencaps are not the best.  But you can click them to see them a bit bigger.) 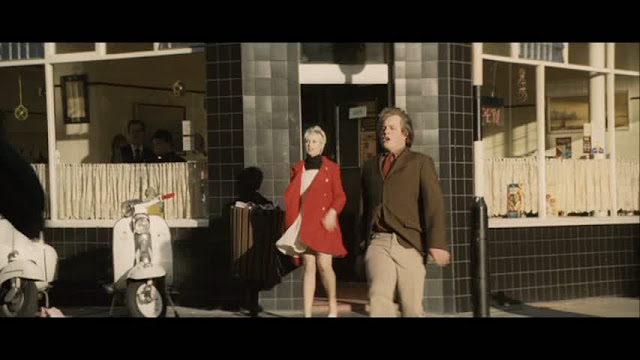 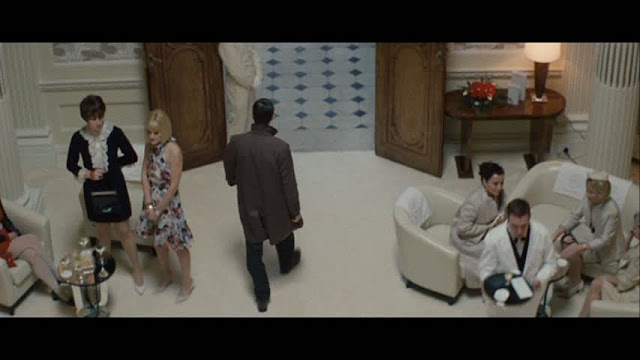 Black dress with white ruffles on left?  Be mine! 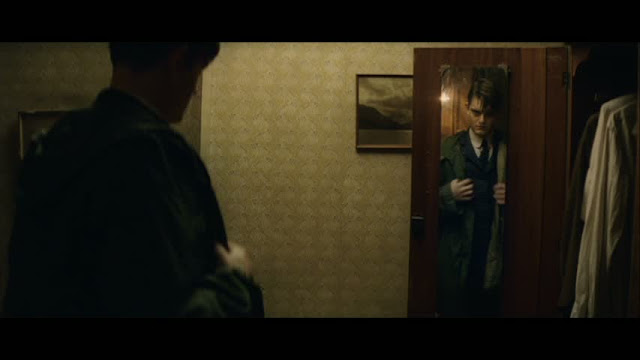 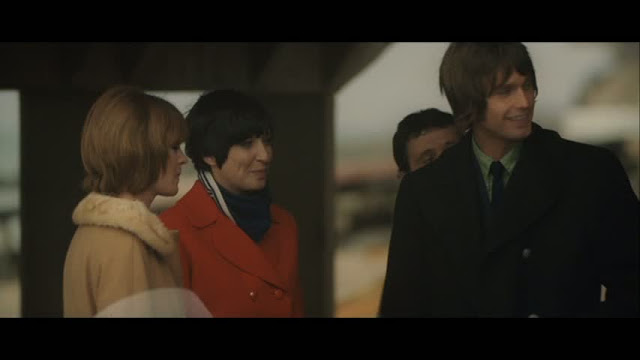 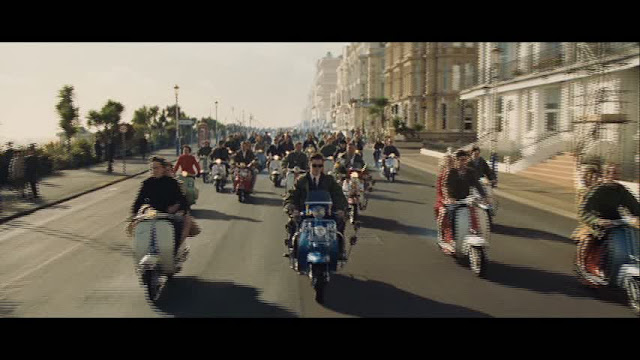 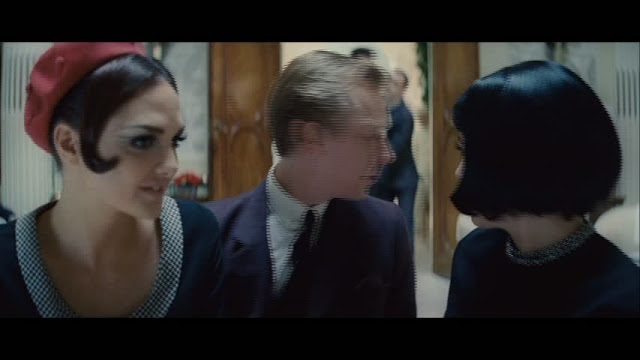 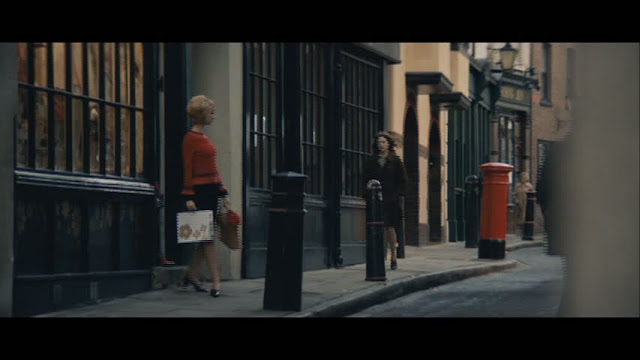 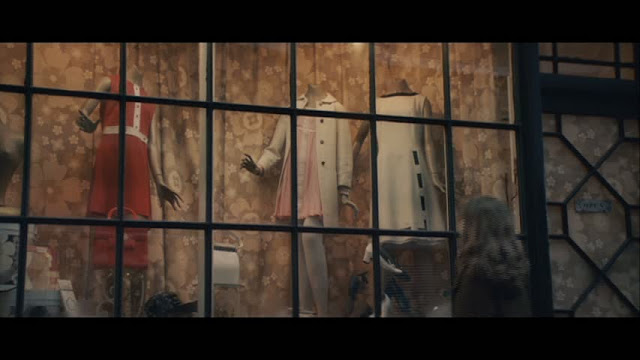 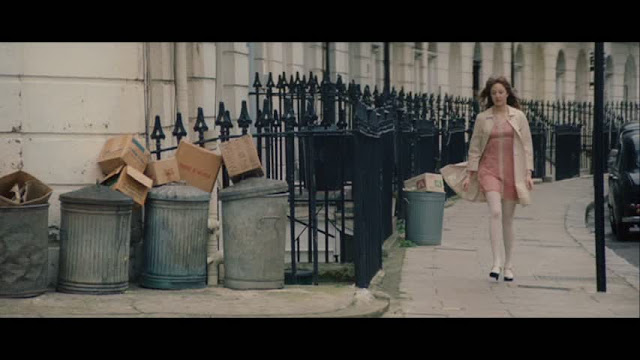 As much as I loved the mod fashions, Helen Mirren has the best wardrobe in the film.  Her character dresses in a style that is alternately demure and bombshell.  She looks fantastic in all of it. 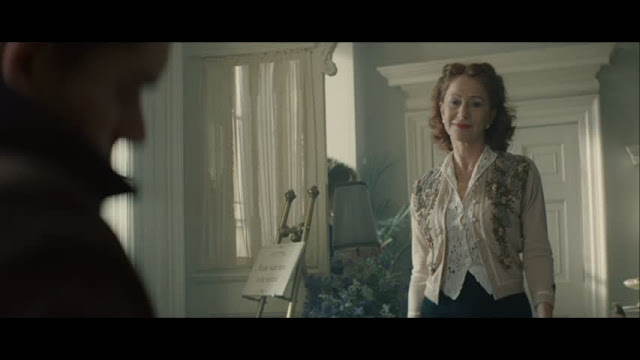 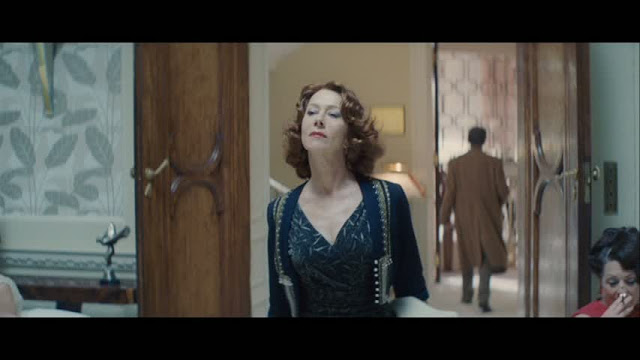 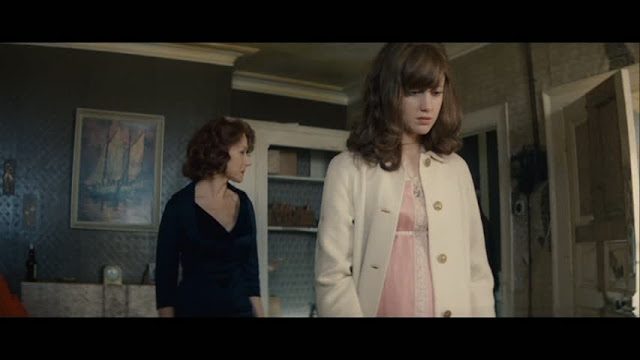 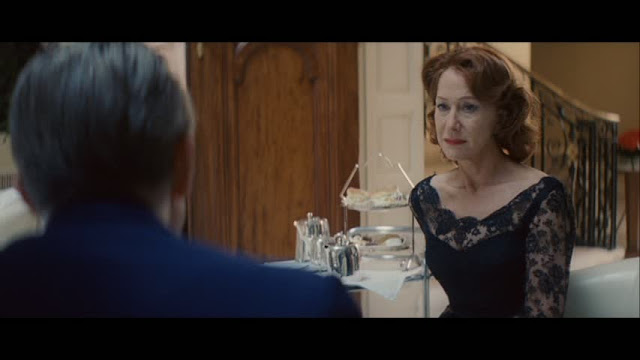 I also became slightly obsessed with this pretty pale yellow confection of a dress. 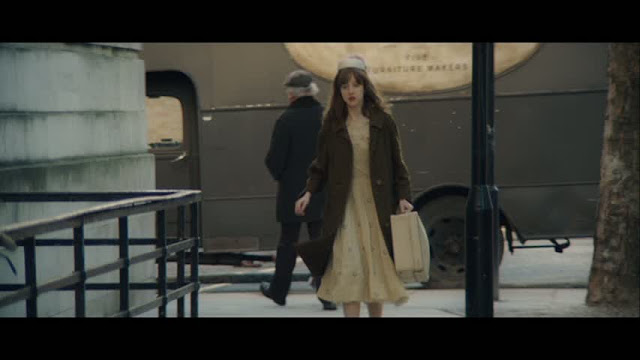 Gorgeous cinematography.  I could totally see myself visiting English beach towns in the autumn and fall. 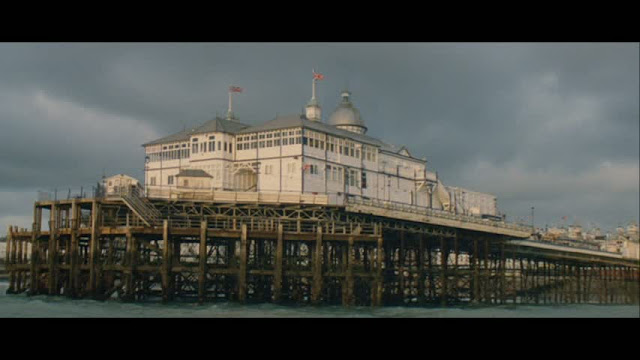 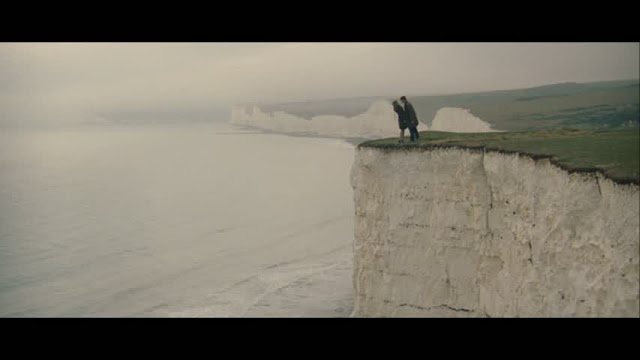 Best shot of the film.