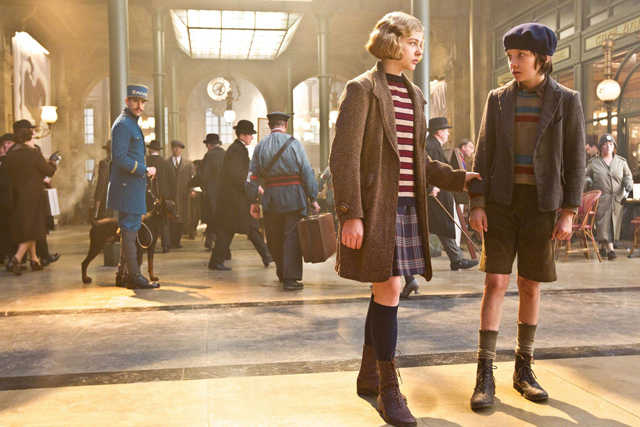 Andy and I saw Martin Scorsese's Hugo (in 3-D!) this weekend, and we really enjoyed it.  It's a charming film that is not just for children (something I was a bit worried about).  It's set in 1930s Paris, and naturally, I found myself obsessed with the look of one of the characters: Hugo's young friend, Isabelle. 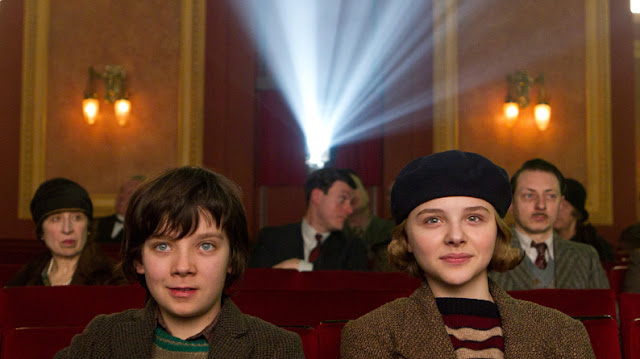 I'm not sure what it is with me and the clothing young girls wore in the 1930s (see also my post about the film Cracks), but I love it and find it very inspiring.  Maybe it's because these girls (at least in the films) don't dress particularly childishly, but rather like young, if quirky, adults.  Anyway, Isabelle wears pretty much the same outfit througout the film: beret, striped sweater (boatneck, with buttons at the shoulder), plaid skirt, tweed jacket, and knee socks with brown boots.
I found some Isabelle-esque pieces on Etsy to recreate this look.  I might try it myself (well, sans kneesocks)--or at least I will make an effort to start wearing a beret again! 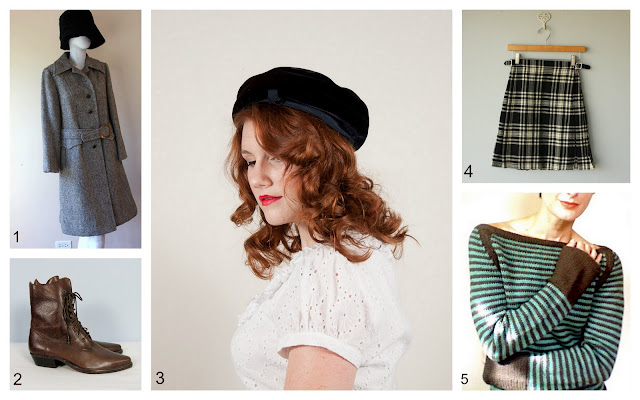 xo
K
Posted by Karen/Small Earth Vintage at 9:30 AM