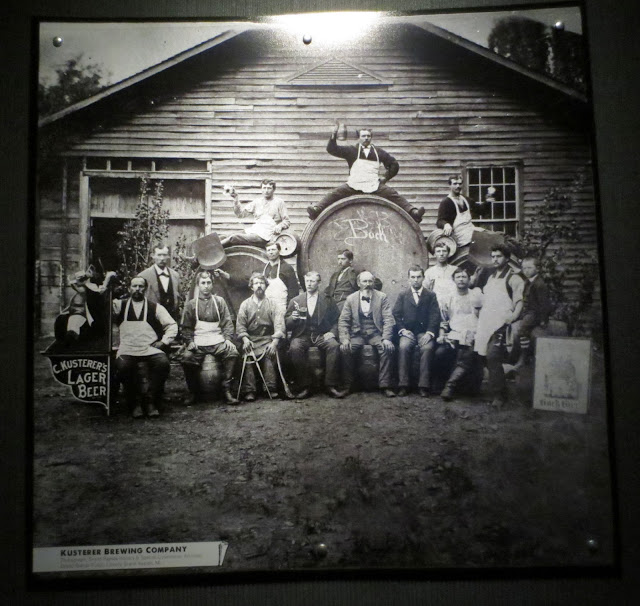 The Grand Rapids Public Museum has a great exhibit on right now, called "Thank you, BEER!" about the history of brewing in Grand Rapids.  I didn't give a hoot about "craft beer" until I moved here and saw how seriously Andy and all his friends took their beer.  It's apparently a grand tradition locally.

I loved the old photos of breweries and the guys who worked at them.  When you look at these photos next to photos of current breweries and their brewmasters, there isn't much difference.  Well, nowadays, the guys are in t-shirts and jeans or shorts, and seem to prefer the beard to the mustache. 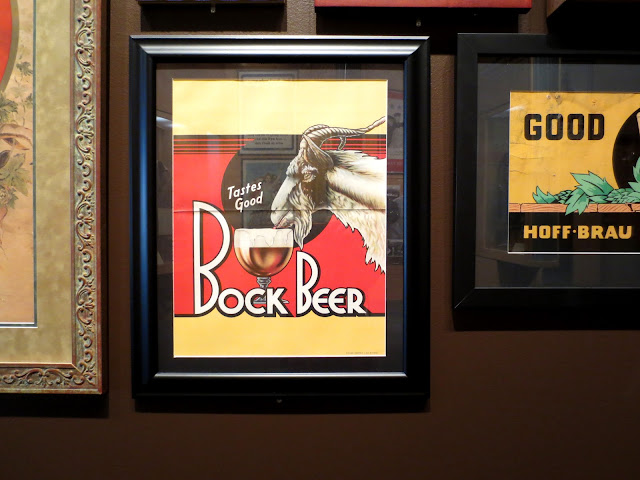 There is also a great range of old beer advertisements on display. 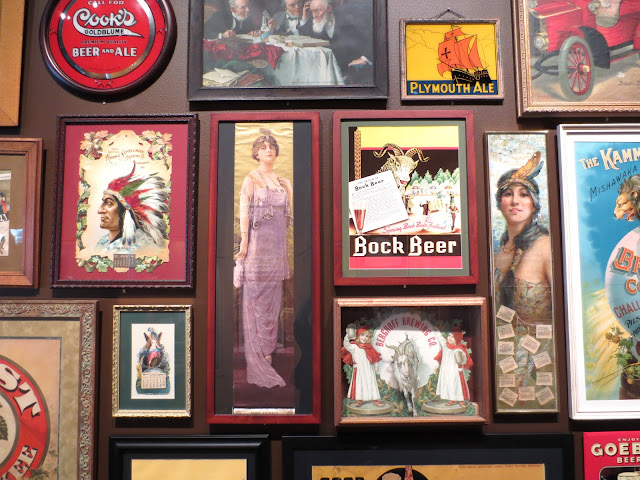 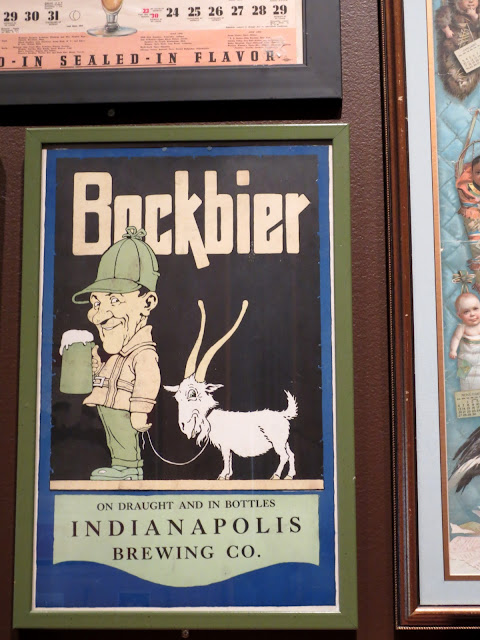 Every ad for a German bock beer had a goat on it.  I had no idea why, so I did a Google search.  Apparently the beer now known as "bock" was first brewed in a German town called "Einbeck."  The Bavarian accent of brewers in Munich made "Einbeck" sound like "ein bock," which means "a billy goat."  Hence, all the goats! 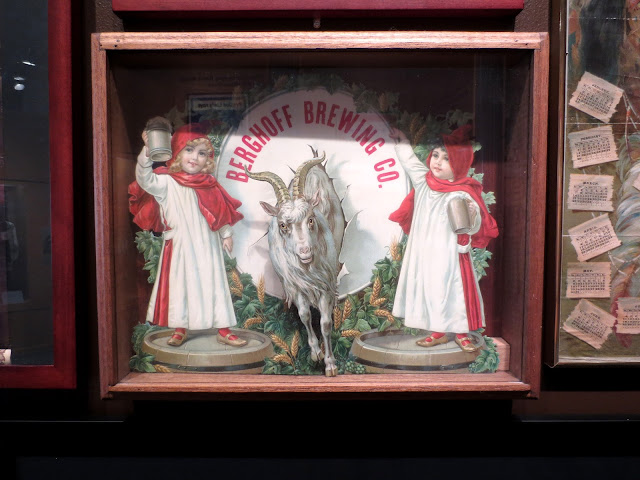 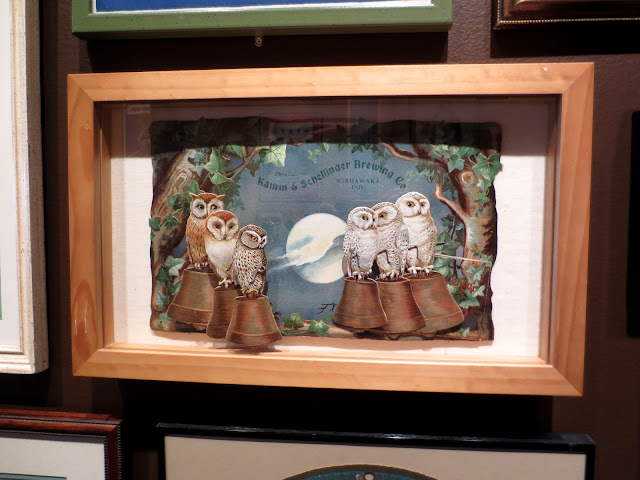 These three dimensional shadow box ads are the coolest! 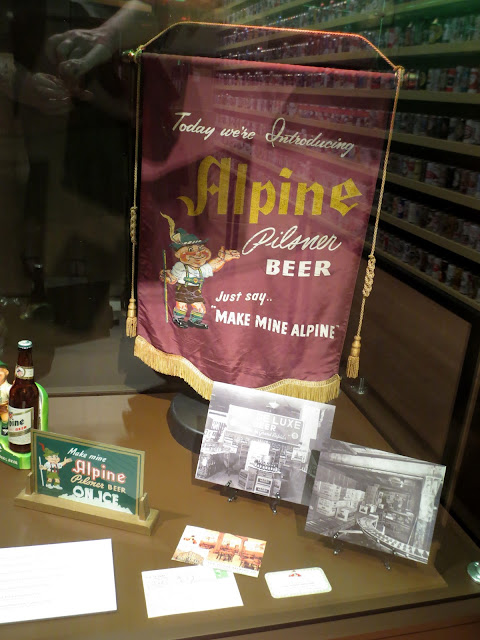 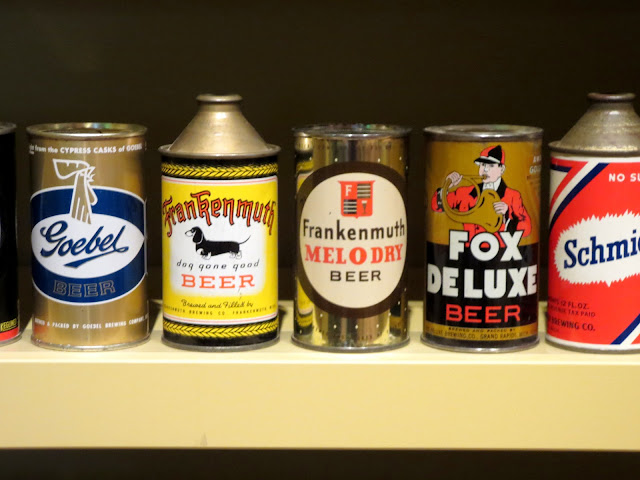 As a lover of both beer and nifty packaging, I could have spent hours staring at the giant beer can collection on display.  (I had a beer can collection, inherited from a family friend, when I was a child.  Obviously a harbinger for my later love of beer!)  Here are some shots of some of my favorites on display. 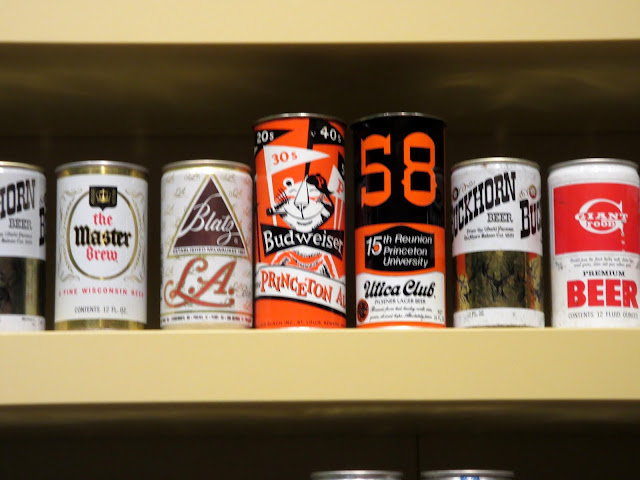 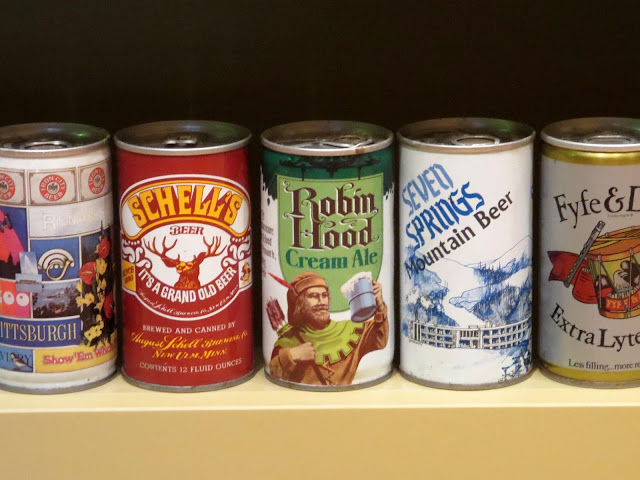 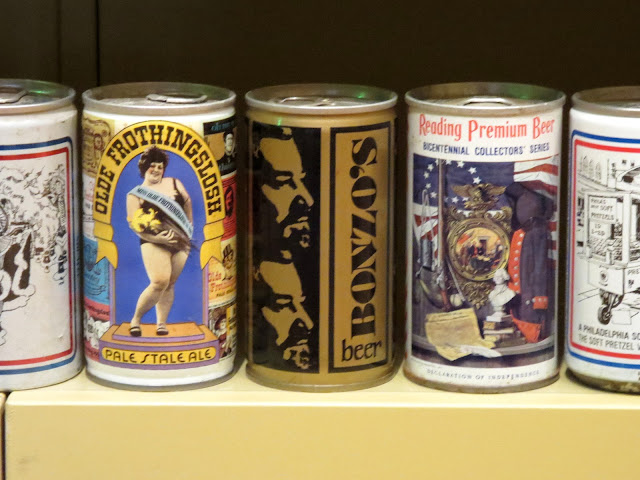 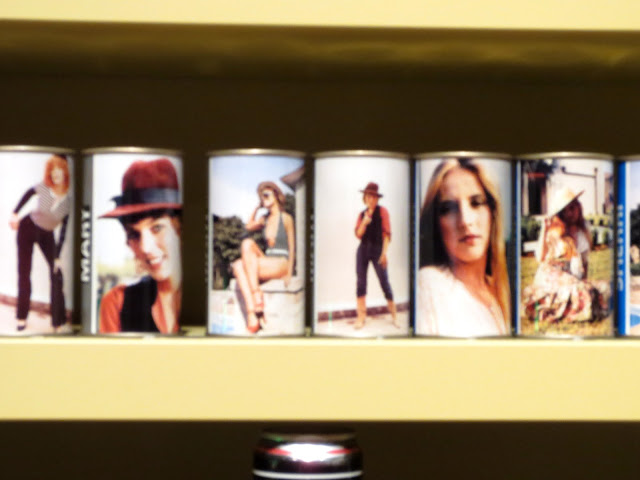 So bummed my photo of these 70s gals on cans is blurry. 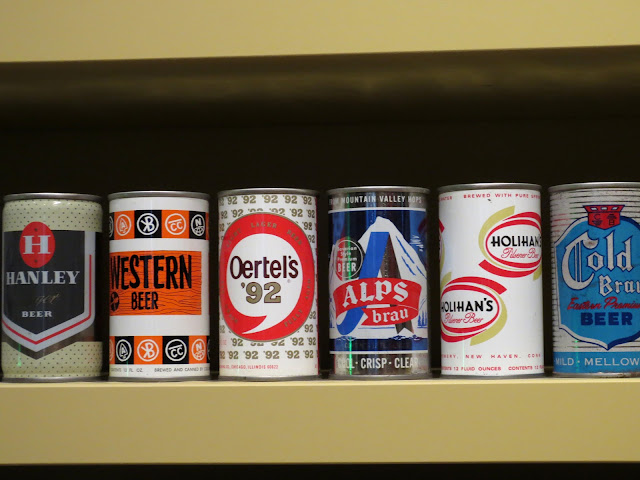 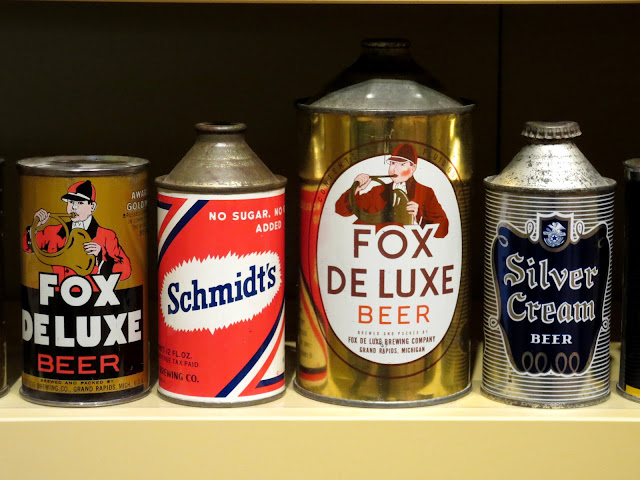 If you're in Grand Rapids, you should definitely check the exhibit out.  Apparently, they do beer tastings on Tuesday evenings ($5 for five samples).  It runs now through December 30.

Posted by Karen/Small Earth Vintage at 9:55 AM