A handsome actor in period clothing.  Do I need to say more?  No?  I didn't think so.  (But I'm going to anyway.)  The photos below are in chronological order of setting. 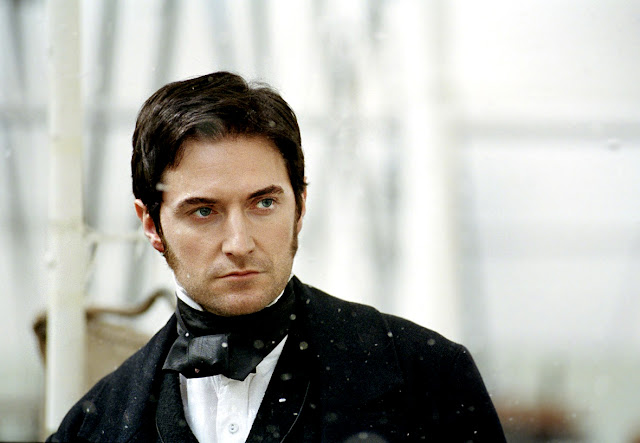 As John Thornton in North and South, based on the 1855 novel by Elizabeth Gaskell.  The setting is industrial era Victorian England.  John Thornton runs the family cotton mill; he is serious and hard-working.  Thornton's dark and brooding nature is echoed in his sober, dark suit, tall stovepipe hat, and smartly tied cravats.  Cravats which are removed (along with jacket) later in the series to surprisingly arousing effect.  (For an in depth and fascinating look at Mr. Thornton's wardrobe, including the very interesting possible meanings of various cravat knots, see this post at the Feminema blog.)  Suffice to say, John Thornton's wardrobe remains among my very favorites in the Armitage ouevre. 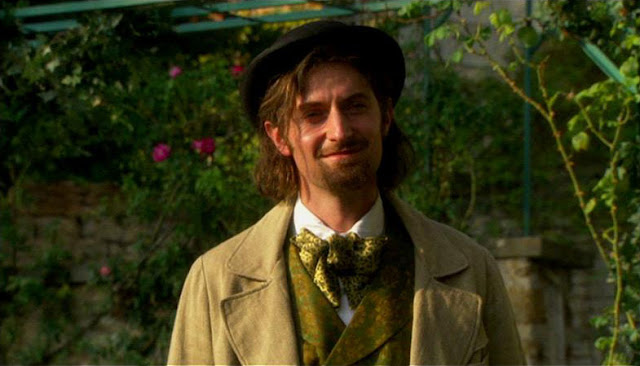 On the opposite end of the spectrum, Richard wore the looser, more bohemian, and slightly shabby wardrobe of a struggling artist when he portrayed Claude Monet in the BBC production, The Impressionists.  I wasn't a huge fan of the hair or the scraggly goatee, but the clothing itself wasn't too terrible.  Still, I prefer Mr. Armitage in something a bit more tailored. 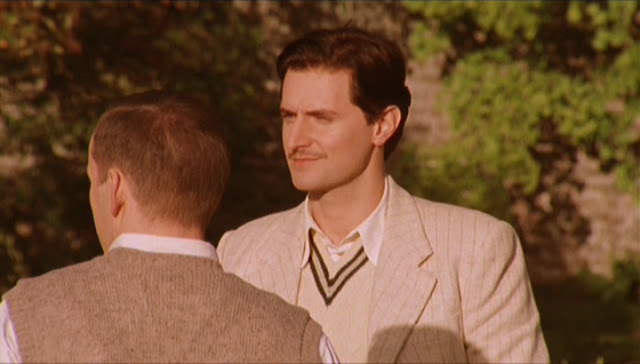 In Malice Aforethought (based on a 1931 novel and apparently set at that same period), Richard plays a wealthy, snide fellow--once again, with questionable facial hair.  We don't see much of him in this production, but I like this light colored windowpane check suit and sweater vest, which he wears to a backyard tennis match.  He looks quite smart, and it's nice to see him in light colors for a change. 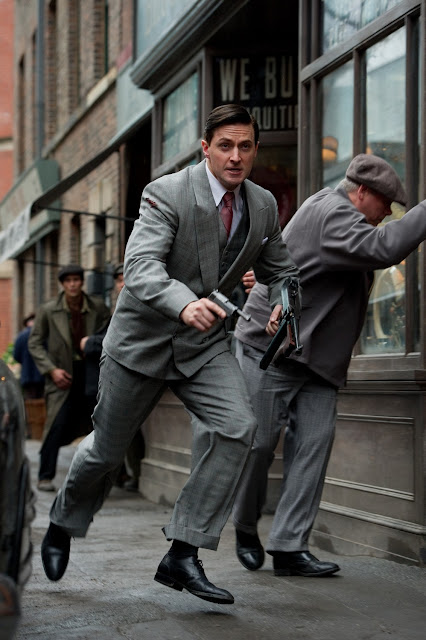 As Nazi agent Heinz Kruger--in action.  You can't tell here, but the jacket is double-breasted--not my favorite thing in men's fashion--but he wears it well.  Sometimes Armitage reminds me a little of Cary Grant.  I'd love to see him in some 1930s-1940s period pieces, not just for the wardrobe but because it would be nice to see him in another romantic comedy (he was adorable in the Vicar of Dibley).  But lately it seems like he's contracted the Sean Bean Curse, and his characters keep getting killed. 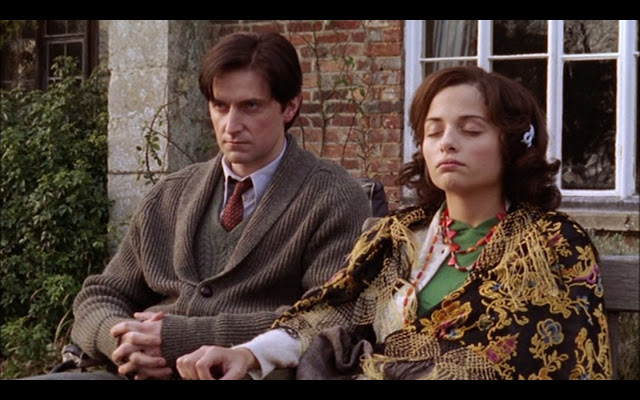 Richard as bitter, hard-drinking Phillip Durrant in Miss Marple: Ordeal by Innocence.  It's set in the 1950s, but the contained, almost claustrophobic setting of a posh English manor house makes the era seem moot.  Richard wears classic, timeless tweedy suit jackets or--as you see here--wooly knitwear.  I kind of really want to snuggle up to him here, despite his snarl. 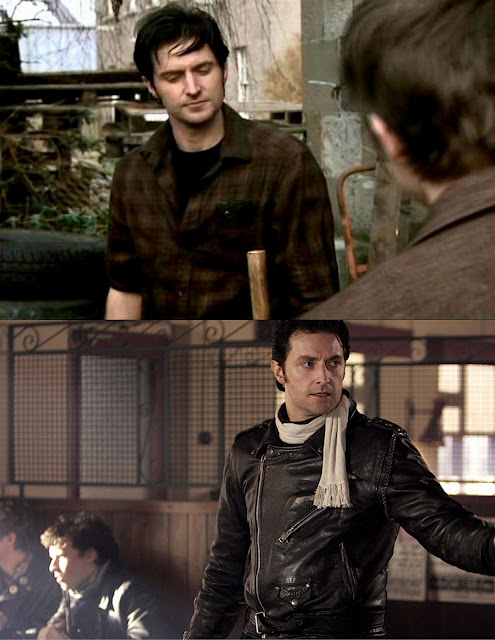 And finally, as Ricky Deeming in George Gently: Gently Go Man.  The George Gently series is set in the 1960s.  (It also has a beautiful northern England setting and lots of fun 1960s fashions--worth checking out beyond the single episode Armitage is in.)  Richard doesn't wear anything particularly 1960s here, but, wardrobe-wise, it competes with North and South for my favorite.  I love the motorcycle jacket with the scarf and Elvis-y hair.  And that plaid shirt.  I really really really love that.  I would like to think of Richard wearing lots of plaid shirts in his off-screen life.  (I would like to see Richard in a more typically 1960s Rat Pack or mod suit one day.)
A couple of notes: I did not include Edwardian costume drama Marie Lloyd here, because I have not seen it.  I also didn't include Robin Hood because the costumes were (purposefully) not historically accurate.
Of course, I have to wonder if Richard Armitage wears vintage in his offscreen life.  From interviews, it sounds like he doesn't think terribly much about clothing or fashion, so I'd guess he probably doesn't wear vintage...at least not on purpose.  He has also talked in interviews about being somewhat thrifty (owning an older model car, for example), and then there's this... 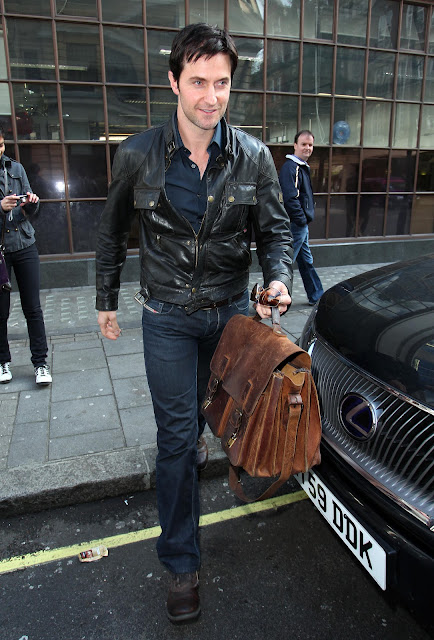 There is a series of candid photos of Richard in 2010 carrying this fantastic bag.  I'm not sure if it's very old (looking closely at the photo at full size makes me think not), but it's certainly well-used.  Which I like, and take as a good sign.  I bet a good stylist could get him wearing vintage, and wearing it very well.
(All photos via RichardArmitageNet.com)
xo
K
Posted by Karen/Small Earth Vintage at 11:28 AM