Some 1920s goodness from my treasure trove of family photos--hope you enjoy!
I love this photo.  Unidentified couple, found in my family photos.  Very F. Scott and Zelda! 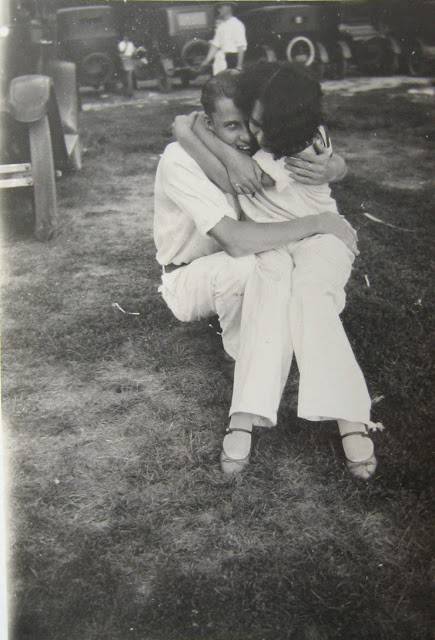 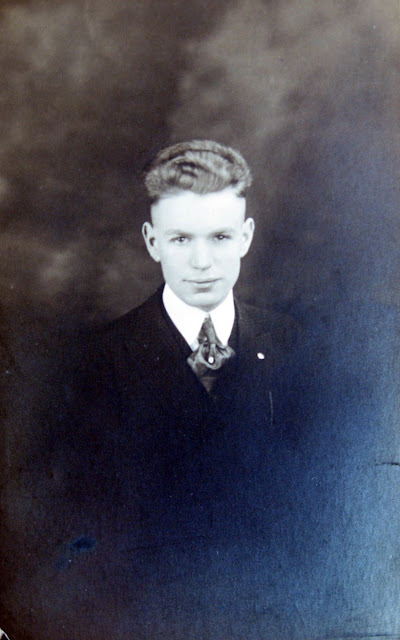 This is my grandfather in his church group production of Man of the Hour, in 1925. 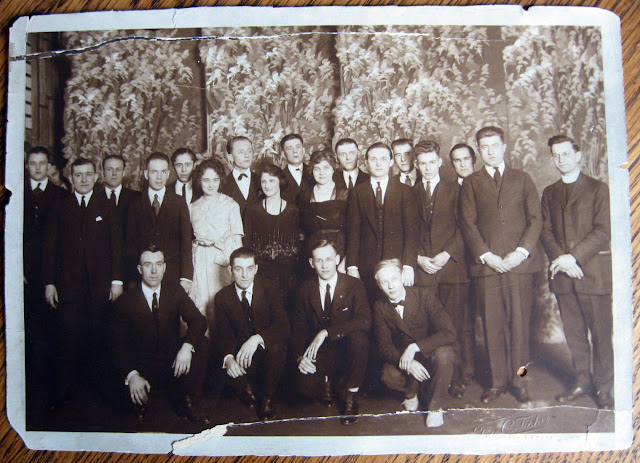 My grandfather--prominent hair and ears--is on the right.  I'm loving the two fellows with the eye makeup on the top left side--such thespians!  Everyone is so well-dressed. 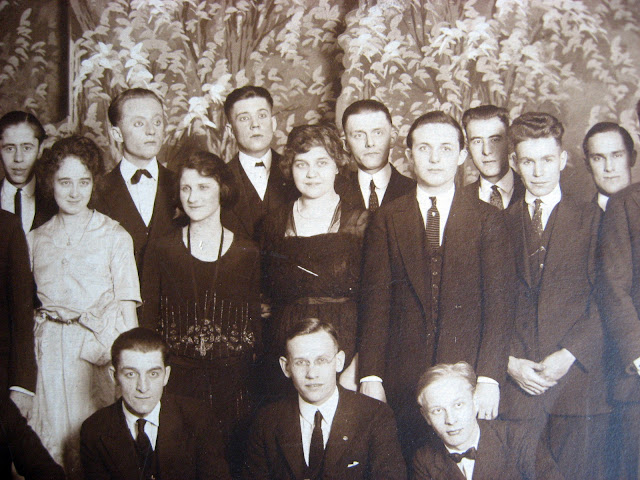 Dan (far left) as a member of the wedding (unsure whose).  I am in love with the tea-length dresses on the women, and the amazing hats. 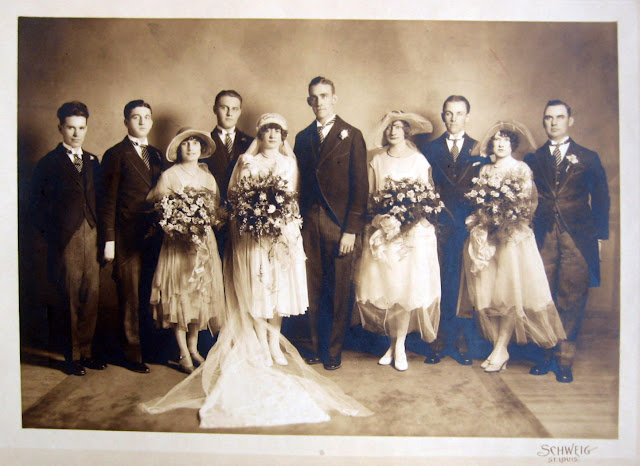 My adorable paternal grandmother, Edna, in a posed photo, circa 1920s. 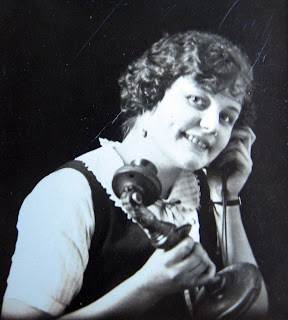 I have a bunch of great photos of Edna from the 1920s, and I'm going to save some for a later post.  But for now, I give you three photos of Edna in knickers!  I love these photos.  This first might be my favorite: knickers, a bow tie, and striped stockings! 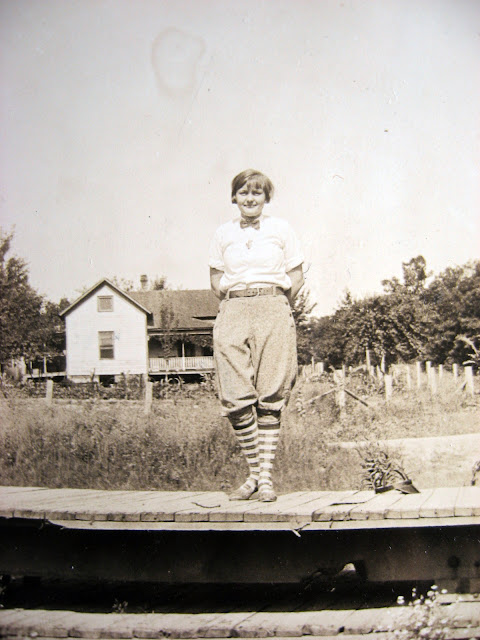 This photo was marked "Edna and Leon, 1925."  We're not sure who Leon was--maybe a boyfriend?  Love that they're posing on the train tracks.  Um, and that both are wearing knickers! 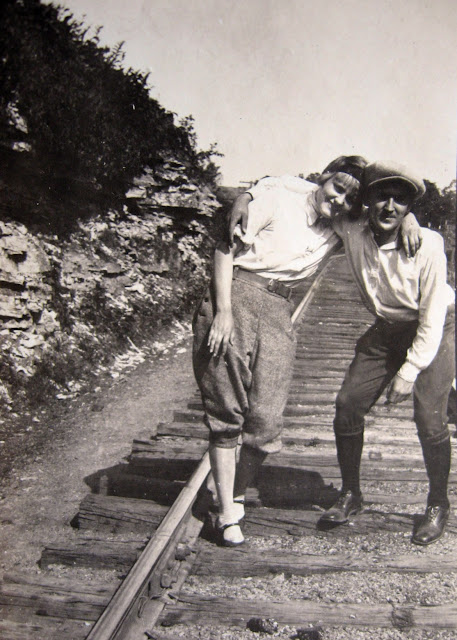 Edna on the left, and my dad thinks that's one of Edna's sisters (likely Marty) on the right.  I am loving Marty's headband and scarf. 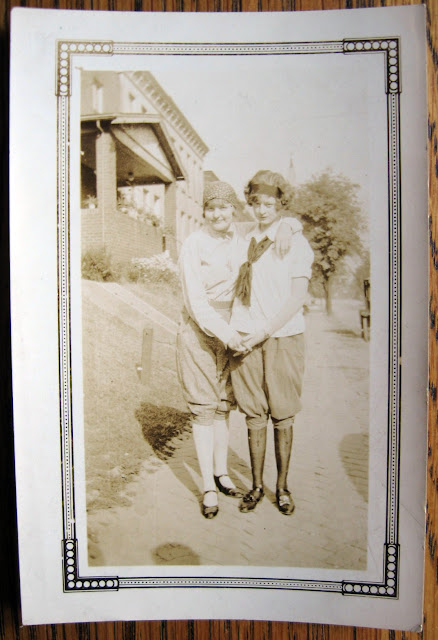 This is a rare early photo of my maternal grandmother Marian, circa 1929 or 1930, in her elementary school graduation photo.  Doesn't she look mature for 13 or 14?  I certainly did not look nearly so self-possessed or lovely at that age.  (I was gawky, uber-freckley, and wearing a Gunne Sax outfit at my grade school graduation.)   This photo is very special to me, as I never got to meet Marian, who died before I was born. 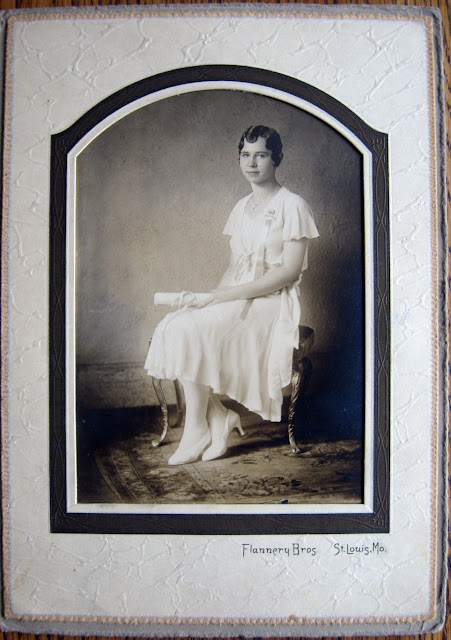 I'll be sharing more 1920s family photos in a future post.  Maybe it's just the sheen of nostalgia, but it seems to me as though everyone dressed better (the shoes alone!), and looked prettier and more handsome--despite having much less money and smaller wardrobes--than we do.
xo
K
Posted by Karen/Small Earth Vintage at 9:36 AM