Roger Sterling: "It's a mistake to be conspicuously happy. Some people don't like it."

Roger Sterling.  So suave, so naughty, so old school, and yet . . . kind of modern.  Roger is a contradiction.  He can be stuck in the past (ask him about his Navy days), but he embraces the future, at least in the form of very modern office decor and acid tripping (both thanks to his second wife, Jane).  He's a hard drinker who seems to hate to work ("Well, I gotta go learn a bunch of people's names before I fire them") . . . but he's usually the force behind all the major deal-making that occurs in the office.  He is a serious womanizer ("When God closes a door, he opens a dress"), but seems to have real and deep love (respect, even) for all the important women in his life, including his daughter.  I imagine there are people who would likely disagree with me on this point, but I always think of an early scene he has with Peggy, where she asks him for her own office.  He is simultaneously patronizing and admiring of her, telling her both that she's "cute" and "has balls."  I feel like that's Roger in a nutshell.  (She gets the office.)

Roger not only has the best office decor, he also gets all the best lines on the show ("Why don't you take a nap?  Your face looks like a bag of walnuts").  It makes sense: this is, after all, the author of Sterling's Gold. 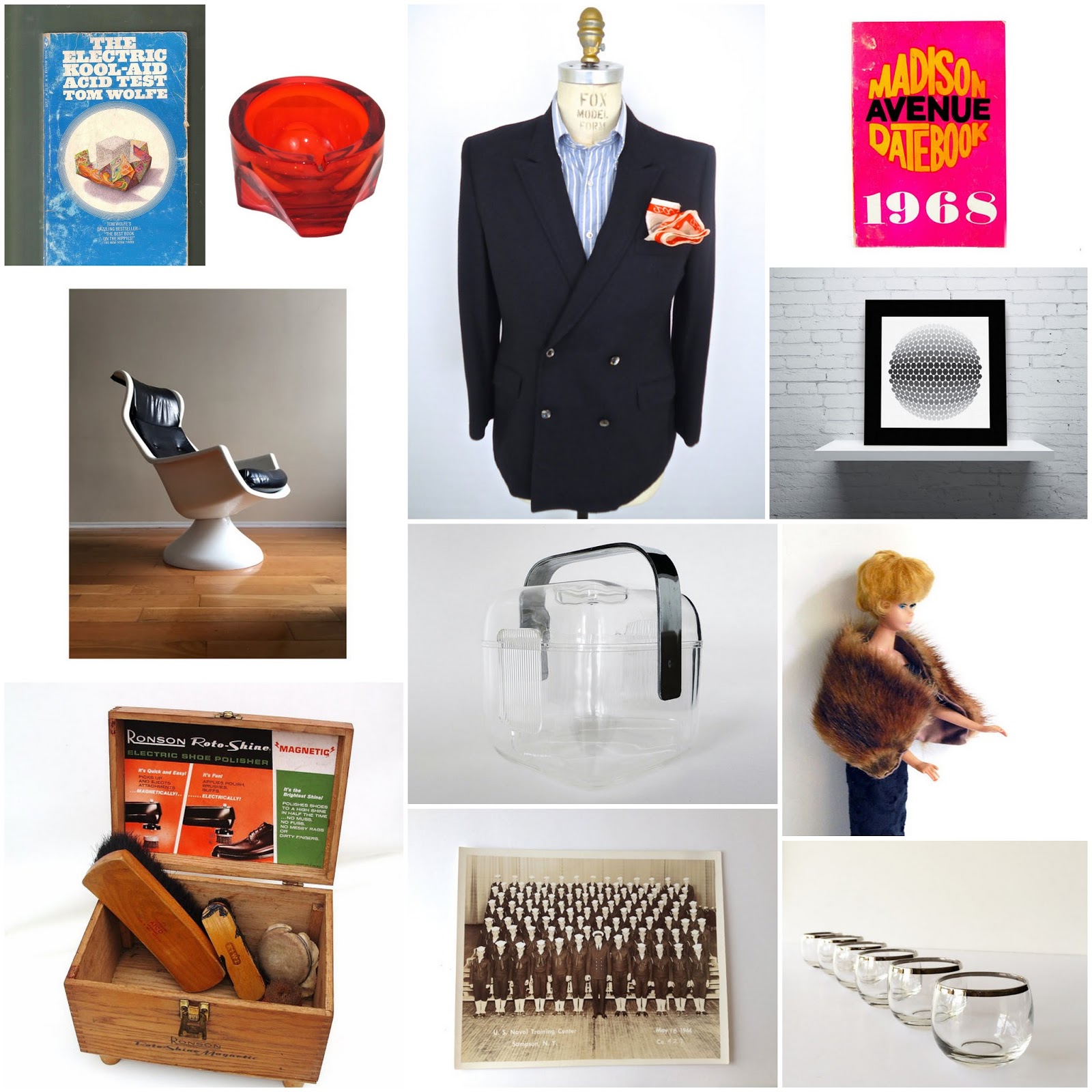 * "And you always said I never take you anywhere!" | The Electric Kool-Aid Acid Test by Tom Wolfe from BEATBOOKBONANZA
* 1960s mod Viking Glass ashtray | retrosymphony
* When I see a jacket like this with an ascot in the pocket or at the neck, my brain automatically sticks Roger's head on it. | double breasted men's jacket from CompanyMan
* 1968 Madison Avenue Datebook | CollectionSelection
* op art print | DELTANOVA
* "I can't say I know my furs that well.  I know my mother had a chinchilla; I was always on the verge of a romantic relationship with it." | 1960s Barbie fur stole from CalloohCallay
* "Have a drink.  It'll make me look younger." | Guzzini acrylic ice bucket from PopBam
* "Have another.  It's 9:30 for God's sake!" | mid century cocktail glasses from AlegriaCollection
* "It's incredible what passes for heroism these days.  I'd like ticker tape for pulling out of my driveway and going around the block three times." | 1944 U.S. Naval Training Center graduation photo from ElsieSaysSo
* Roger doesn't cry when he finds out his mother has died, or at her funeral.  But he does break down when he finds out that the building's shoeshine guy, Giorgio, has died, and that Giorgio's family had asked that Roger have his shoeshine kit. | 1960s shoeshine kit from WhimzyTime
* 1960s Galaxy lounge chair attributed to Alf Svensson and Yngvar Sandström | 20cModern 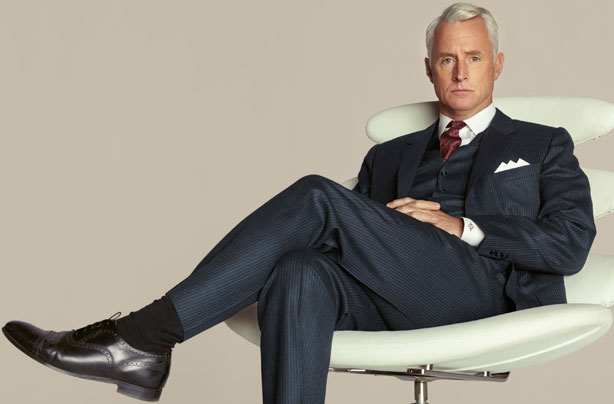 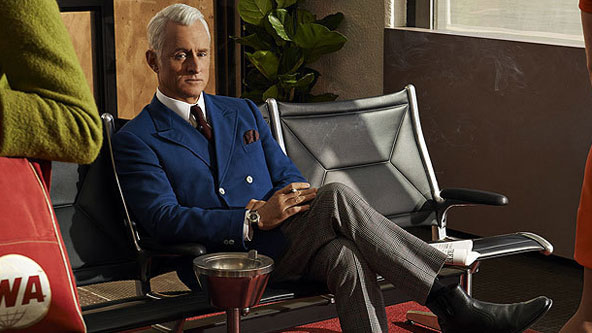 Updated to include photos of Roger!  I can't believe I forgot them.

xo
k
Posted by Karen/Small Earth Vintage at 9:19 AM