Joan Holloway: "You were crying in the break room, which I have specifically forbidden."

Ah, Joanie!  She's a sexy bombshell with a core of steel.  She's tough and no-nonsense, sometimes even to the point of being a bit frightening, but her advice is always correct ("You want to be taken seriously, stop dressing like a little girl.").  Joan can also be tender, though, and her talents aren't relegated to running the office: she plays the accordion!

And though Joan generally seems to not take the casual misogyny of the men at Sterling Cooper too seriously, she still suffers from it--and gets angry about it ("You want to be a big shot.  Well, no matter how powerful we get around here, they can still just draw a cartoon.")  When her dream of becoming a wife and mother blows up, she does not just give up.  She focuses her attention on work, and gets herself a partnership in the business.  And in the end we learn that this tough dame is a true romantic at heart.  She won't marry Bob Benson ("Bob, put that away.").  She will only marry again--if she does--for love. 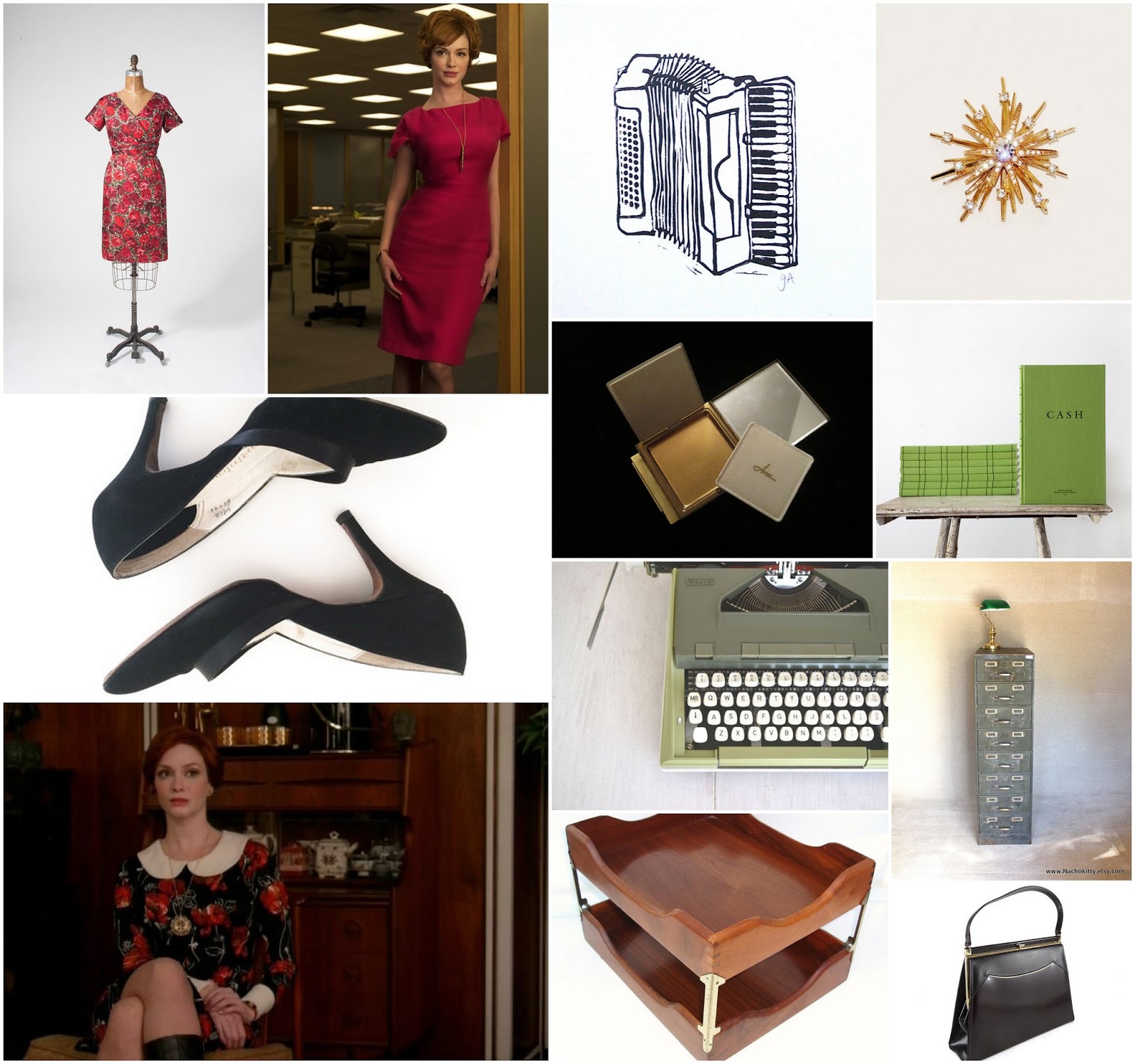 Posted by Karen/Small Earth Vintage at 11:35 AM