i spy: Bette in ski gear, a brilliant spy film, a winter queen

February, you are so short!  But still filled with good things.  Here are a few things that I enjoyed looking at in February.  You can see much more on my Tumblr and Pinterest. 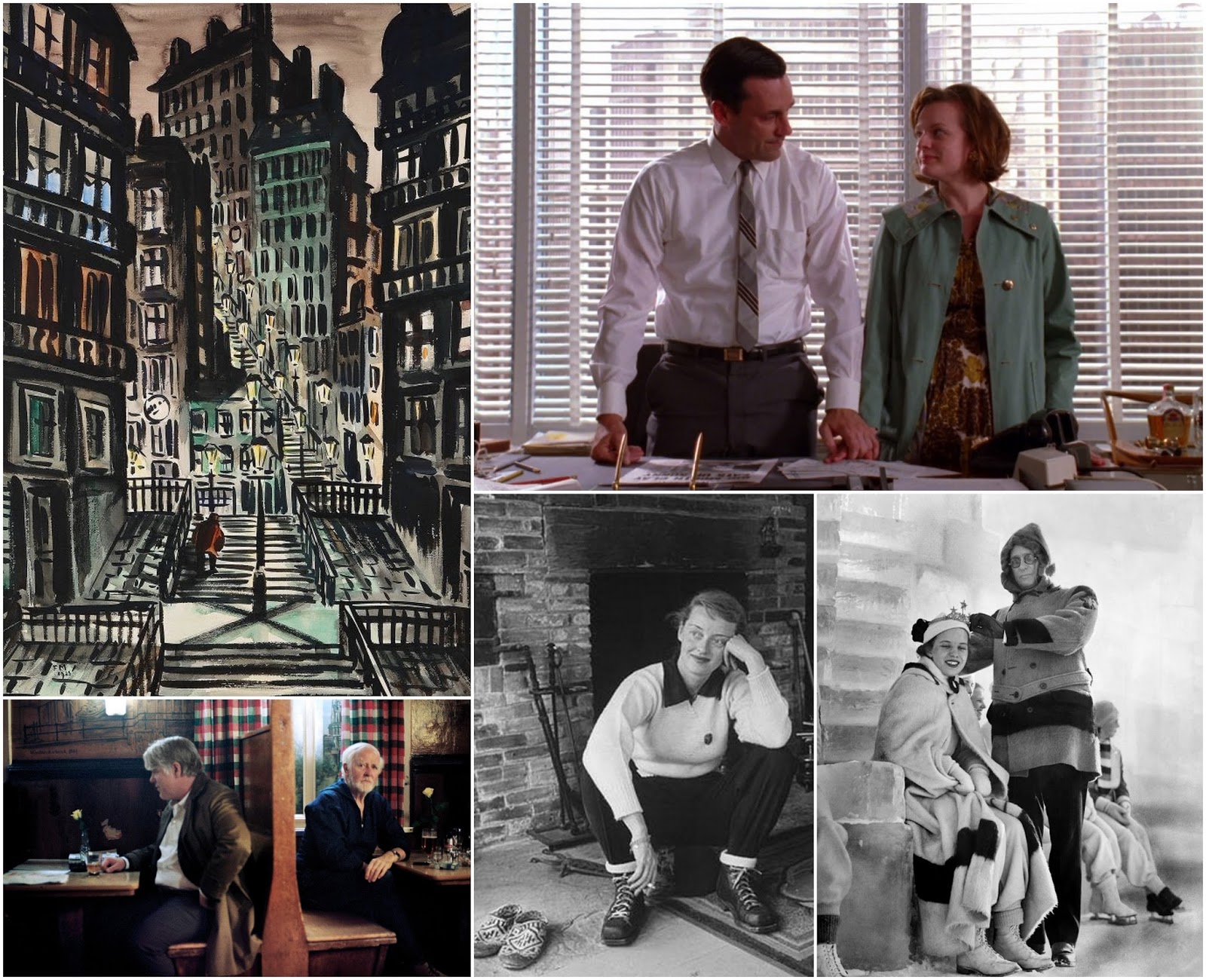 * Montmarte, a watercolor by Frans Masereel, 1925. | Ketterer Kunst
* Don and Peggy in Mad Men, Season 4, Episode 7, The Suitcase.  I've been rewatching the series--something I very rarely do--in anticipation of it ending next month, and have been really enjoying it all over again.  Actually, I'm enjoying it much more than my first viewing.  In a show filled with interesting relationships, Don and Peggy's remains my favorite and the one most intriguing to me.  The Suitcase is rightly considered one of the best episodes of the series. | my screencap
* 1936 photo of Michigan governor Frank D. Fitzgerald crowning Shirley Squier Snow Queen at the Winter Festival in Petoskey.  I'm loving the (Hudson's Bay?) coats they're wearing. | The Lively Morgue (the New York Time's Tumblr)
* An undated photos (early 1940s?) of Bette Davis in winter gear at her Butternut Cottage home in Sugar Hill, New Hampshire.  There is always something lovely about seeing a classic film star like Davis in "regular" clothing, unstyled and still looking so lovely.  Also, how great is that pair of slippers next to her?  | NHmagazine.com
* Photo of the late Philip Seymour Hoffman and author John le Carré during the filming of A Most Wanted Man, the most underrated film of last year (that I saw).  Hoffman and the rest of the cast is incredible in it.  Boy, are we ever going to miss Hoffman. | New York Times

Posted by Karen/Small Earth Vintage at 9:10 AM