i spy: a grand hotel and an alpine Gasthaus, women in amazing coats, and a dreamboat in a hamster suit

Thanks to the release of Wes Anderson's The Grand Budapest Hotel, I was in an even more mitteleuropäisch state of mind than usual last month.  (I really loved the film, needless to say.  It's probably my favorite Wes Anderson film to date, and I'm a big fan of his.)  So Alpine scenes, grand hotels, and certain actors have been popping up frequently on my Pinterest and Tumblr.  But I realize this is a vintage blog, so you'll be happy to know I also spotted some great fashion and fashion-related images last month, possibly rekindled my interest in The Sartorialist, and discovered a great new online collection at the Cooper-Hewitt. 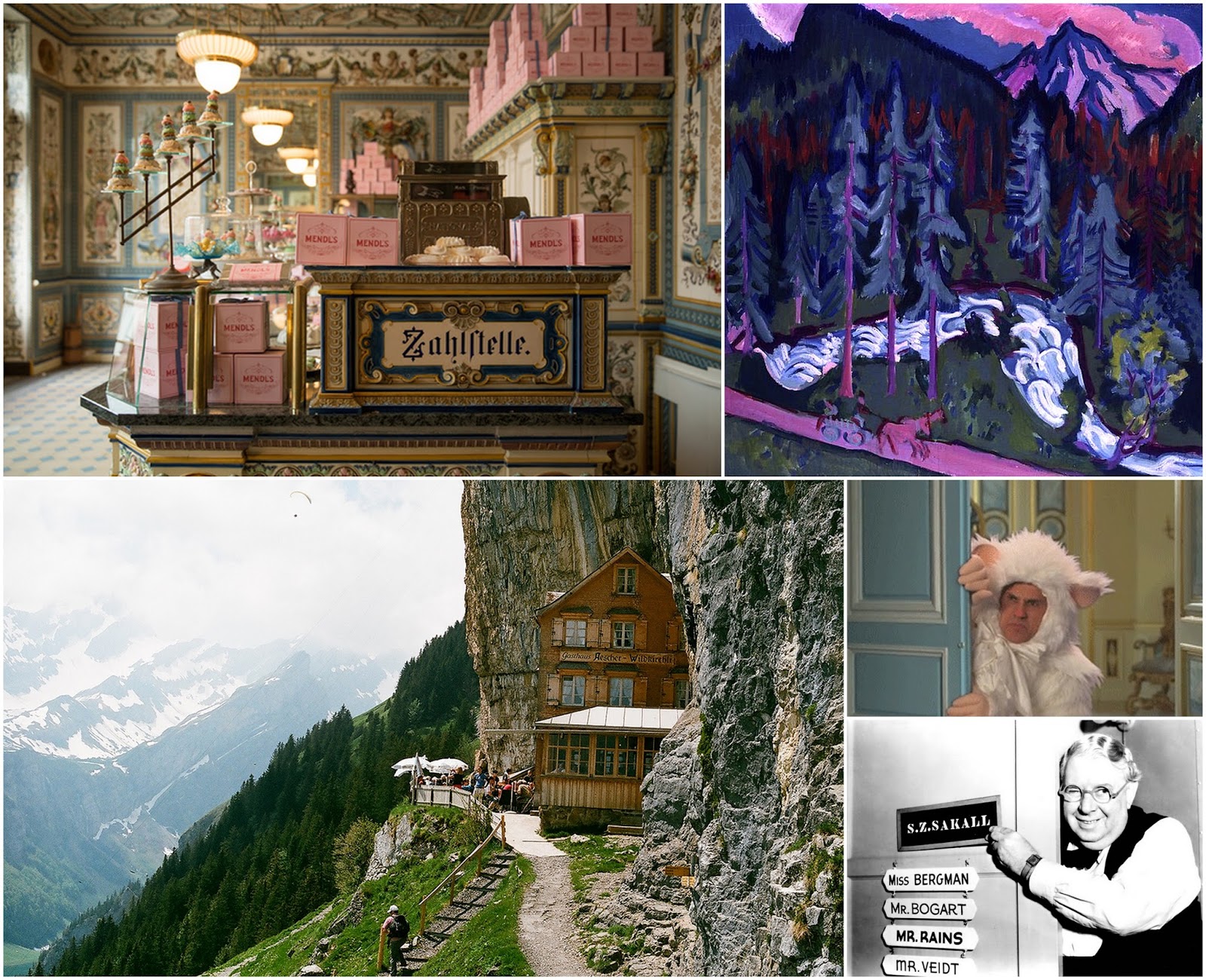 clockwise, starting at upper left:
*Mendl's Bakery in Wes Anderson's The Grand Budapest Hotel
*Sertiweg by Ernst Ludwig Kirchner, 1926 | WikiPaintings
*Christoph Waltz playing the hamster equivalent of Salieri in the sublimely silly Jimmy Kimmel mini-film, Ameowadeus | watch it here
*Hungarian actor S.Z. Sakall on the set of Casablanca (1942). | A Certain Cinema
*Berggasthaus Aescher-Wildkirchli, a restaurant and hotel tucked into the side of the Swiss Alps. | photo by Rowena Waack 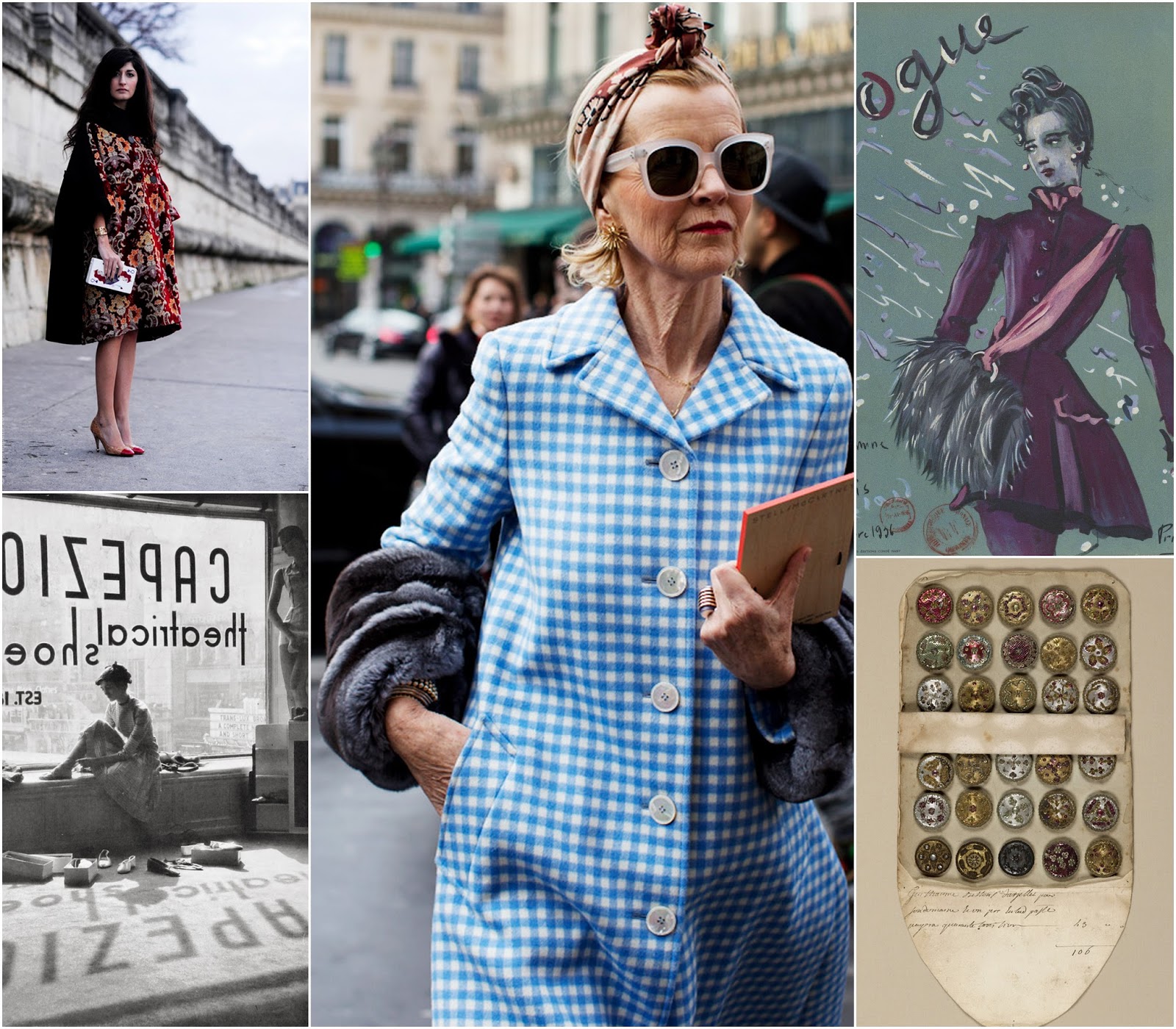 *a woman in Paris wearing a coat that looks like it's made from couch upholstery...but I love it! | Street Style Aesthetic
*woman wearing Prada in Paris. | The Sartorialist (I'd stopped looking at The Sartorialist awhile back because I just wasn't much inspired by the fashions he photographed.  This photo has me reconsidering that!)
*Christian Berard illustration on the cover of the November 1936 French Vogue | via
*18th century sales sample book of buttons | Cooper-Hewitt (check out their online collections...I could get lost there for hours)
*"Fitting shoes" photo by Lisa Larsen taken at Capezio Theatrical Shoes, New York, ca 1947, for Liberty Magazine. | Picture of the Year International archive

Posted by Karen/Small Earth Vintage at 11:03 AM